The Metropolitan Museum of art holds an annual costume Gala also known as the MET Gala. The event presents a different theme every year for the invited celebrities to follow. The theme for this year’s event on May 7, 2018 in New York City was, Heavenly Bodies: Fashion & The Catholic Imagination. This years theme brought controversy over the subject of culturally appropriating the catholic religion. We took to asking fellow STA students what they thought: 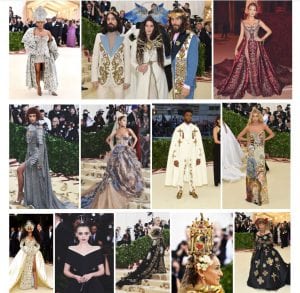 All these opinions were recorded and revised with the full discretion of the people attached to it. 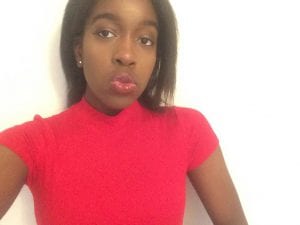 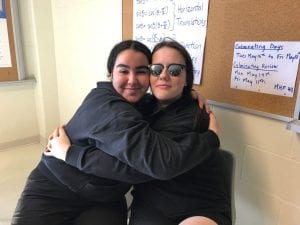 “First off — Lana Del Rey looked so good. The issue is that it’s different if I wear something and I am saying I am something or I am that religion but if you just wear a piece that is similar to it I don’t think it necessarily is [cultural appropriation]. But I do believe […] if it were a different religion and if someone showed up in [a religious garment] it would have been a big deal.” – Hannah Petriv

“I think they chose Catholicism for Met Gala because they knew it wasn’t going to create such a great ruckus as maybe picking Islam would because the symbols of Catholicism are very universal. I feel like people outside of Catholicism and Christianity associate a cross with maybe a different meaning. These are just very different things. Even a dove and angels and stuff are universal things so they were kind of trying to play it safe. [However] something like a bindi is not very transferable to other things. I do believe there is such thing as cultural appropriation because for example, someone wearing an aboriginal headgear to Coachella (which is something that symbolizes so much) you’re wearing it as a decoration. But if you’re honoring it and if you’re taking it seriously and are not going to be ignorant I think there’s nothing wrong with that” -Maryam Botris 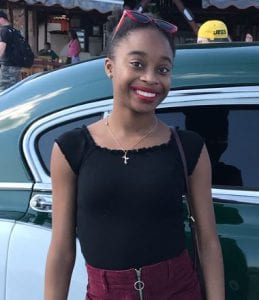 “I don’t think it was culture appropriation because they weren’t trashing the religion they were sort of glorifying it. I do think it sparked controversy though” -Jaida Egboye